Ficus whitefly Singhiella simplex (Singh) (Hemiptera: Aleyrodidae) was first described on Ficus benghalensis L. from Pusa, India in 1931, and it was subsequently reported in surrounding countries. Southeast Asia appears to be its home range, and from there, it has invaded much of the world except Australia. Singhiella simplex was first detected in the USA in 2007. It feeds on both the dorsal and ventral of leaves. It damages host plants by sucking sap, resulting in extensive leaf drop, leaf yellowing, honeydew secretion, sooty mold, branch dieback, stunting, wilting, and eventually death.

Adult S. simplex have dark red eyes with a pale yellow body, are 1.3–1.6 mm in body length, and are mostly found on the underside of leaves. Wings are white and waxy. Each wing has two grayish-brown markings, one like a band in the middle slightly slanting towards the inner wing margin, and the other one like a stripe towards the top edge of the wing, parallel to the inner wing margin. Eggs are almost transparent, elongate in shape, and are found along the midvein on the underside of leaves. First instar nymphs (crawlers) do not feed, rather they move around on the same leaf they hatched and settle down upon finding a suitable feeding site. They insert needle-like mouthparts into leaf tissue, remain in this location, and feed throughout the 2nd and 3rd instars. Early nymphal instars are flat, oval, translucent, have red eyes, and appear more like the early nymphal instars of soft scale insects than typical whitefly nymphs on Ficus plants. They can be found on both the lower and upper surfaces of leaves, unlike many whitefly species that only live on the underside of their host leaf. The 2nd and 3rd instars are oval in shape and tan to light green in color, often semitransparent, camouflaging with the surroundings. However, they turn more opaque and pale yellow as they grow. The 4th instar (also known as puparium) is about 1.1–1.3 mm long, tan to light green, continues to feed until the adult body begins to develop inside the puparium. The red eyes of the adults become visible at this stage. The adult then breaks the T-shaped slit of the puparial case and emerges. 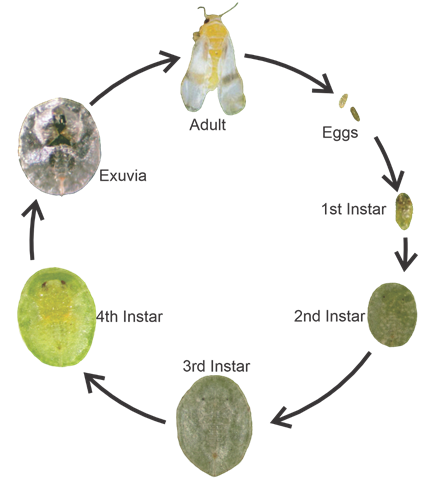 Chemical Control of the Ficus Whitefly 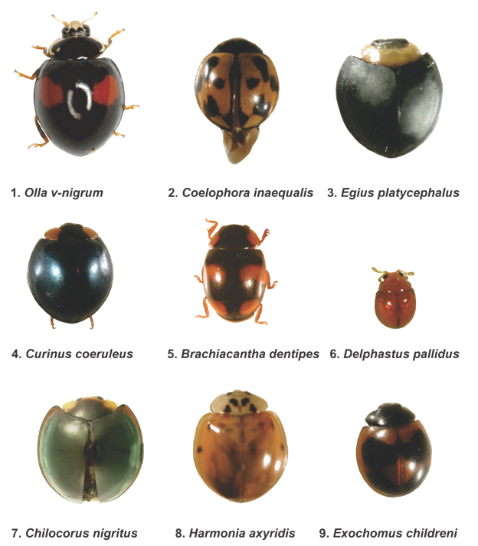 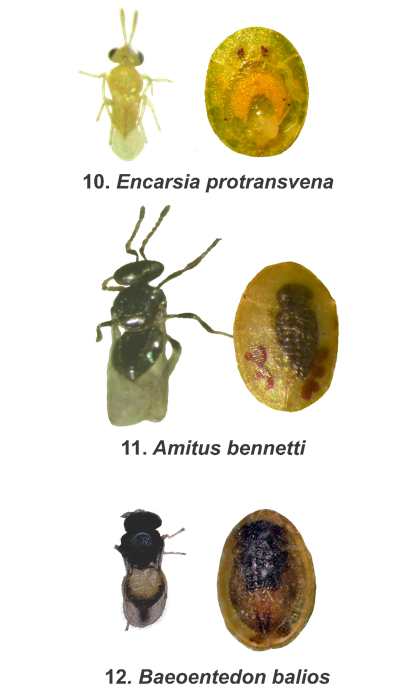 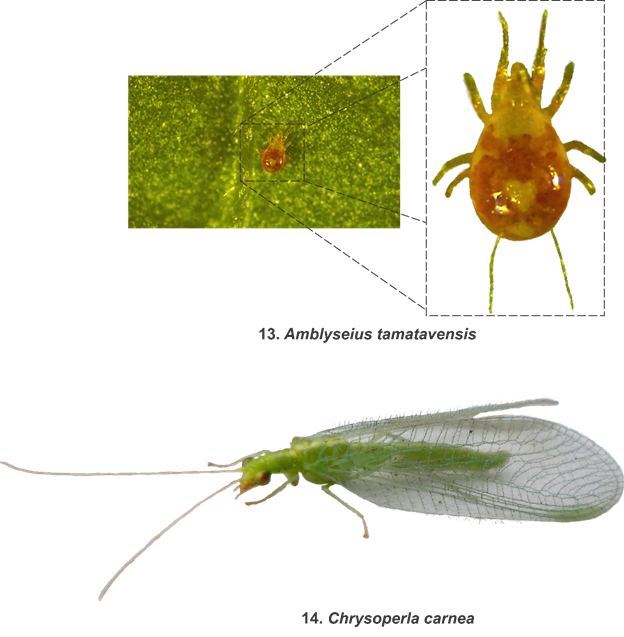 Figure 5. Images of other predators of Singhiella simplex reported in Florida. (photo credits: M. A. Canon from University of Florida, M. E. Talbot from Flickrand). 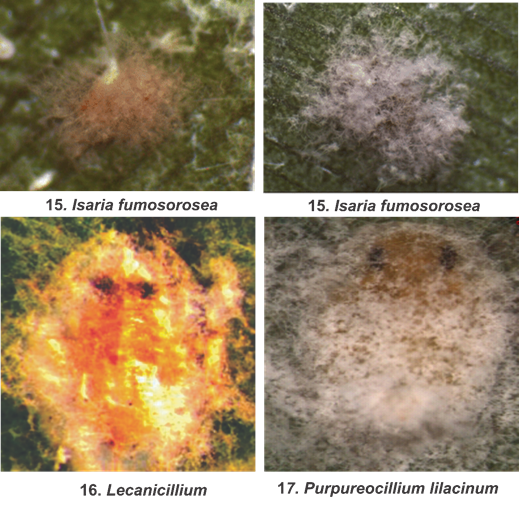 Other Whitefly Species Associated with Ficus Hedges in Florida 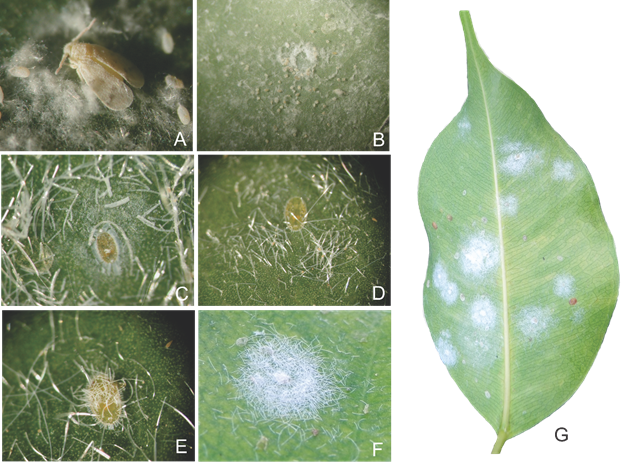 Comparison of Sizes and Shapes of Common Whitefly Species in Florida 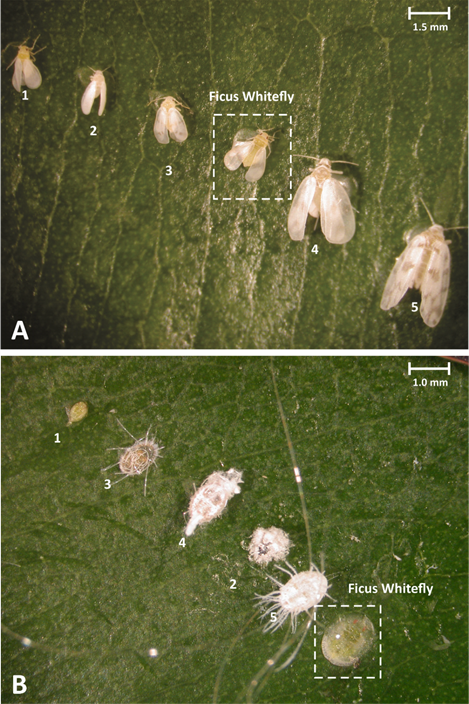 The Most Recent Publications