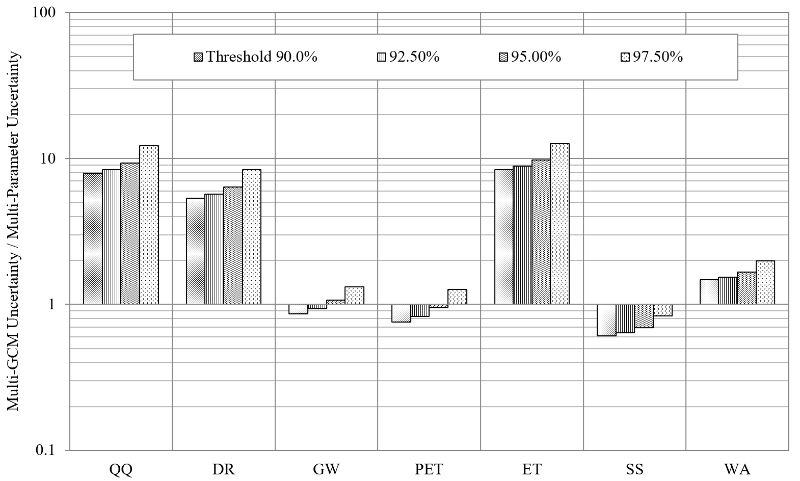 Recently, the Intergovernmental Panel on Climate Change (IPCC) launched the Coupled Model Intercomparison Project Phase 5 (CMIP5) in the fifth Assessment Report (AR5), whereby a multiple general circulation model (multi-GCM) ensembles analysis was facilitated through the provision of climate model outputs that comply with community standards. The multi-GCM ensembles have served as a framework for accommodating probabilistic approaches in interpretation of climate change predictions and decision-making processes, and ensemble averaging can improve the accuracy of a climate projection by allowing GCM errors cancel each other out. The latest project output, CMIP5 has known as the most advanced generation of climate models, and thus it is desired to use them in new climate change impact studies. However, it has not been extensively utilized in climate change impact analysis yet due to the relatively short exposure to the public. Many climate models and their projections are currently available, but climate change studies have employed only a few of them depending on the preference of a modeler and the ease of use, which leads to the neglect or underestimation of uncertainty and bias in the ensemble predictions of climate change. In addition, there is no study identifying GCMs that is the most appropriate to Florida in terms of the reliability and accuracy as Florida has extreme regional and localized weather events such as hurricanes and heavy rains. This study is developing an ensemble of comprehensive climate projections for Florida using the up-to-date climate models and scenarios.